Our team of expert craftsmen can bring old floors back to life and preserve the old world charm and historical details in many homes and businesses in Philadelphia. Our services include refinishing, installing, cleaning, recoating, and restoring. Our team is reliable, and we’ll get the job done on time and with the least amount of interruption to your home or business. We use dustless sanding and environmentally friendly products to minimize unhealthy air quality.

Hear what Andrew R. from the Brewerytown section of Philadelphia had to say about work we did for him:

“I used Hudson Hardwood to refinish about 1200 square feet or original pine floors and a staircase in my 100-year-old home in Brewerytown. The floors turned out great and the crew was easy to work with. The quality and service offered by Hudson is as high as any contractor I’ve ever worked with, which says something as I’ve been working as a General Contractror for over eight years. I would highly recommend Hudson Hardwood for any wood flooring work you have, especially refinishing of old flooring. They know their stuff!”

Check out some of the hardwood flooring projects we’ve completed!

Get a Free Quote

Contact us today to see why many individuals love Hudson Hardwood floors in Philadelphia, Pennsylvania. Consequently, you will be glad you invested your time with Hudson hardwood floors.

Read more about our services by clicking here.

We proudly offer our flooring services in these Philadelphia, PA boroughs: 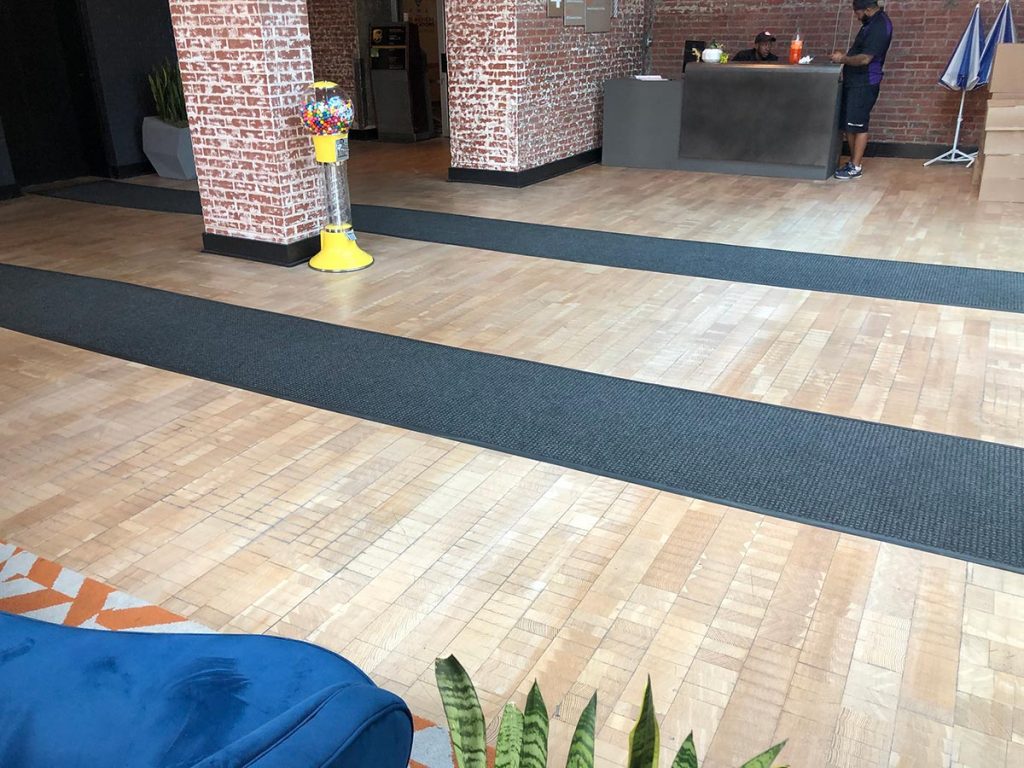 Philadelphia is the largest city in Pennsylvania and the 6th largest city in the United States with a population of nearly 1.6 million. The city acts as the economic and cultural center of the Delaware Valley, an area loosely defined by the Delaware and Schuylkill rivers.

Originally inhabited by Lenape Indians, then later settled and fought over by the Dutch and the Swedes, Philadelphia eventually came into the hands of William Penn. In 1682 it was charted to him by the king to pay a debt. Penn felt the right thing to do was to pay the Lenape Indians for their land. This act went a long way in keeping peace with them and contributing to the growth of the city.

Philadelphia was one of the first 13 colonies and is home to Independence Hall where both the Declaration of Independence and the U.S. Constitution were written. It played an important role during the Revolutionary War and is home to the first congressional congress, the Liberty Bell, and the Battle of Germantown.

A prominent citizen, Ben Franklin, helped develop many new programs in the city which made Philadelphia a better place to live. This included a fire company, library, and hospital. Philadelphia was also home to the first medical school, stock exchange, zoo, and business school.

In 1776 the Declaration of Independence was signed in Philadelphia and the city continued to grow as a cultural hub with the creation of scholarly institutions like the Academy of Natural Sciences, Franklin Institute, and the Philadelphia Society for Promoting Agriculture.

Philadelphia’s central location close to New York, Washington D.C, New Jersey, Delaware, Maryland, and other states, made it an easily accessible place by land, sea, and river. The city’s population quickly grew with an influx of German and Irish immigrants.

During the 19th century, railroads made Philadelphia a desirable location for many industries, textiles being the most prominent. Major corporations flocked to Philadelphia where the Pennsylvania Railroad provided easy access to transportation.

Between approximately 1940 – 1980 there was a mass exodus from the city. Racial unrest and riots led people to escape to the suburbs and businesses moved elsewhere. It was not until 2007 that the city saw its population finally begin to increase to the almost 1.6 million it is today. The rebuilding of historic areas like Center City, Old City, University City has been bringing residents back.

Today, Philadelphia is home to many prestigious universities and colleges – Temple University and Drexel University being among them. Residents enjoy a wide variety of cultural and outdoor destinations including Fairmount Park, The Philadelphia Museum of Art, Independence National Historical Park, Reading Terminal Market, Elfreth’s Alley, and many more.

Get a Free Quote